Dimming LEDs in homes, offices and even warehouses is a common requirement – mainly for the aesthetic value that dimming adds to a living or working environment.

Electricity consumption has been increasing rapidly, depleting natural resources such as coal and oil and, consequently, the cost of electricity has steadily increased. The result of this has been a global switch to LED lighting and energy efficient lighting systems.

In South Africa, we are acutely aware that our power grid is constantly under pressure, electricity prices are rocketing, and all lamps are becoming expensive. Fortunately, the very low energy consumption of LEDs provides some relief from high electricity costs. However, since dimmable LED lamps are slightly more expensive than their non-dimmable counterparts, buyers may think twice before they decide whether they actually want to dim the lights or not.

If the non-visual benefits – especially the additional energy savings possibilities and the increased lamp lifetime of the dimming LED lamps – are considered, it may be easier to make the decision whether to dim or not. 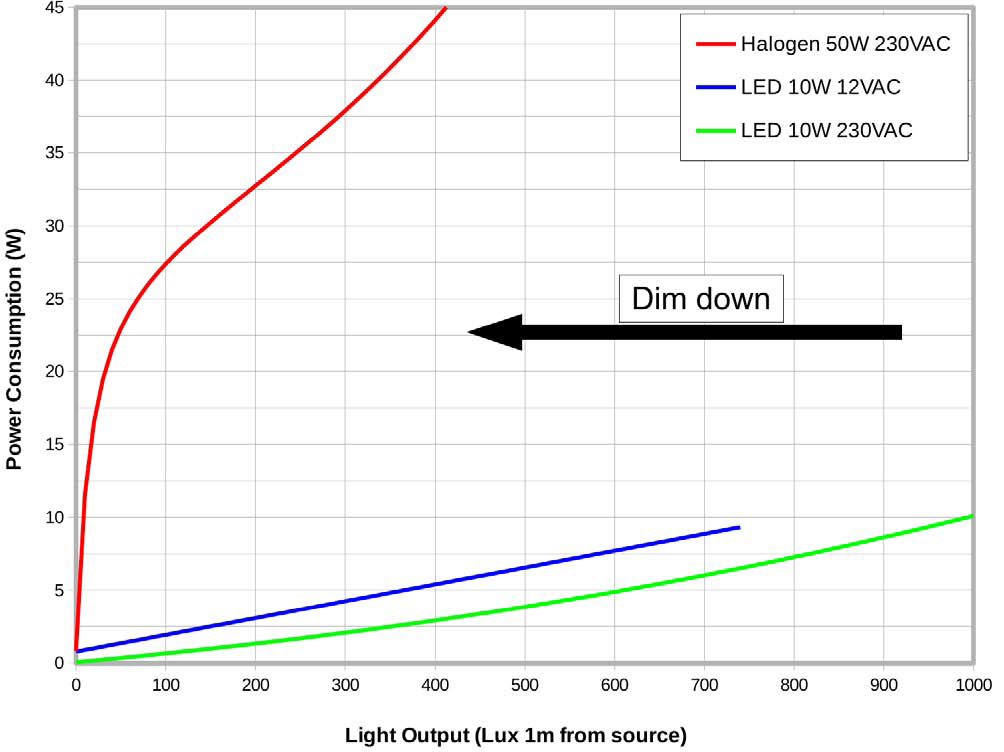 The LED lamps on the other hand not only show a much higher initial (non-dimmed) light output, but also exhibit a virtually linear consumption curve as the lamps are dimmed. 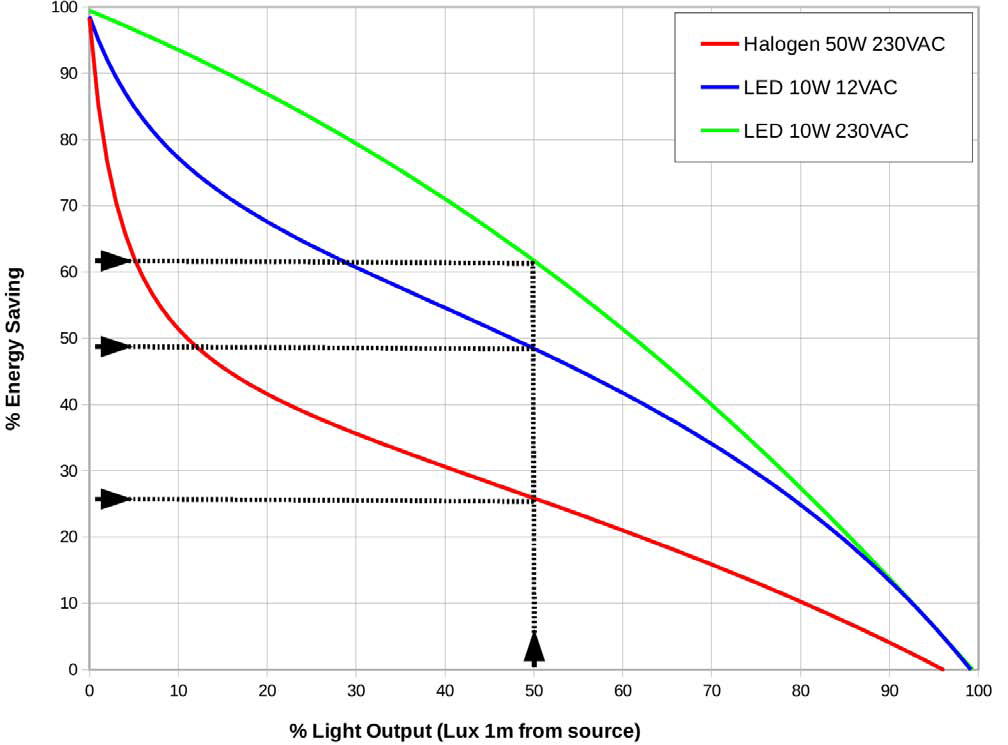 In order to better appreciate the implication of these characteristics, Figure 2 shows the energy savings as a percentage of the initial (non-dimmed) energy consumption versus the percentage of measured light output. If the lamps are dimmed to 50% lux output, the halogen lamp saves only 26% energy, very little considering that it consumes close to 50 W when not dimmed.

This is because most of the energy is used to ignite the gas and produce heat – the visible light output is only a small percentage of total consumption. LEDs are, however, an electronic component that has an inherent non-linear energy consumption versus light output, which is the opposite to that of a halogen or incandescent lamp.

With LED light sources, the energy savings are remarkable when dimming, as can be seen from Figure 2. When dimmed to 50% light output, the 10W GU10 LED saves a staggering 62% energy, effectively consuming only 3.8 W.

Due to the losses associated with the electronic transformer, the 10 W MR16 LED performs less efficiently but still saves a very respectable 48% energy when dimmed to 50%, effectively then only consuming 5.2 W.

Results will differ from brand to brand and even possibly between different models within a brand, but the general tendency will be the same or very similar for all LED lamps.

Interestingly, due to the high lumen output of the LED lamps, the MR16 measures around 400 lux (1 metre from source) and the GU10 approximately 450 lux compared to the a very low 150 lux of the halogen lamp when dimmed to 50%. 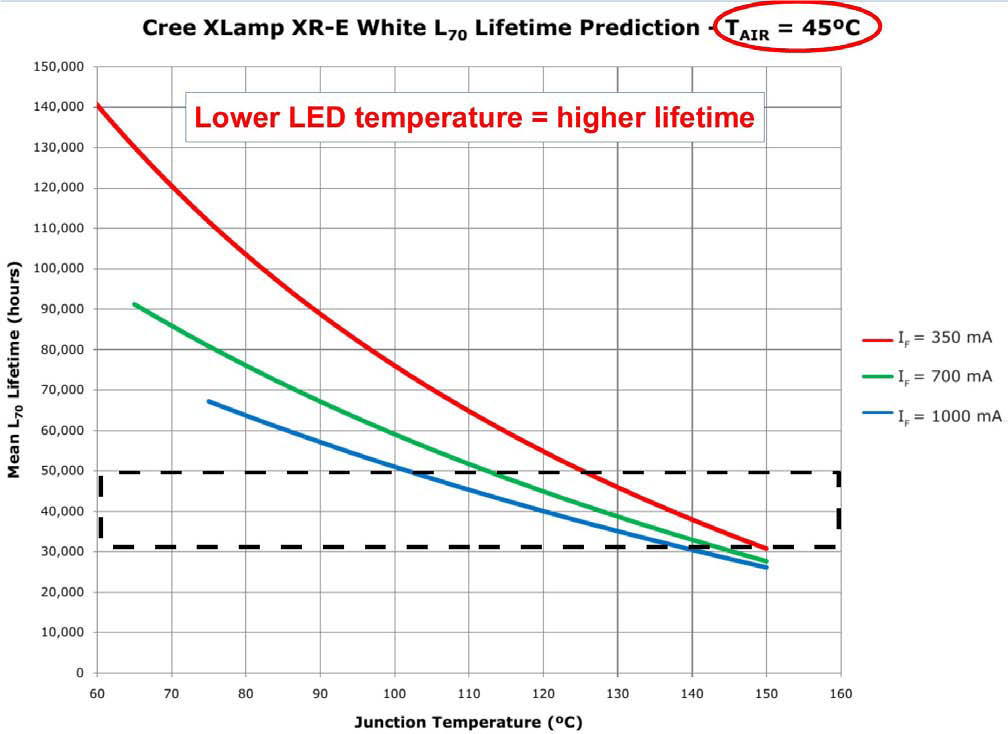 When an LED is dimmed, the current through the module reduces and the junction temperature correspondingly reduces (typically non-linear). This has a profound effect on the lumen maintenance of the LED as can be seen from Figure 3, which shows a graph of the expected LED module lifetime versus its internal temperature.

Additionally, the driver built into the LED lamp also suffers degradation due to increased temperature but dimming the lamp reduces the overall temperature.

However, always ensure that the correct dimmer type is used for dimming a particular LED. If a dimmer is not matched or approved for a specific LED, it can result in reduced product lifetime.